Most people are not aware that “Crossroads” and “Fork-roads” and “Roundabouts” are points and locations used heavily for black and red magic.

Satanists would set Webs and Snares in crossroads at Midnight (12am) in order to trap the souls of the people who would walk through this path. David knew about these nets and snares, and therefore said in Psalms 140:5, “The proud have hidden a snare and a trap for me; they have spread a net by the wayside; they have set traps for me. Selah”.
Job confirms this in Job 18:10, “The snare is laid for him in the ground, and a trap for him in the way.”
​These satanists use specific demons which possess the power to make “Webs”. This web demon was revealed on earth and characterized in children materials and movies as “Spider-Man”.
This is a strategy to bring children under demonic manipulations.
These snares are manipulations to steal the destiny and family blessings of the person, as well as it’s a snare to bring the life of the passer-by under satanic influences and bondage.
These incantations are done in the nude, as we know Satan loves nakedness.The witchcraft that is done in fork-roads is also mentioned in Ezekiel 21:21, “The king of Babylon stands at the fork in the road where the two roads begin and performs his divinations. He shakes the arrows, consults the divine images, and inspects the liver”.

If at any point of time a man or woman who is ablaze in the spirit realm walks into these crossroads, the fire of God would burn up the webs and set the souls of the captive free. 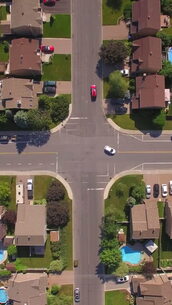 SATANISTS’ URINE ENCHANTMENT
The Satanists would also come to these cross roads and fork-roads at midnight and “pee” in the intersections. When people who walk in these intersections would smell the urine, they would fall under a demonic curse and manipulations.
The enchantment does not work on Christians who are engulfed with holy fire, but those who are lukewarm or sinning Christians fall prey to these curses.  ​SATANIC WEBS AND MANIPULATIONS IN MARKETS
As I said, diabolical and satanic webs are placed in crossroads and fork roads, but they are also placed in places where there are usual crowded gatherings; such as the Market Squares, supermarkets and Malls.
Because the competitions are so tight among businesses, many resorted to packs with the Devil. Enchantments would be buried under the ground of the business place, or inside the building.
Because of the satanic covenant between the business owner and the kingdom of darkness, demonic guardians would be placed at the gates or main entrance of the business place. The Demons would set webs to trap the soul of those who enter the business place.
This is true for open market places. Once a person passes through the gate, he/she would fall under satanic manipulations.
​

DEMON HUNTERS OF THE 2ND HEAVEN
SATANIC COVENANT REVEALED IN DREAMS
PRAYING IN ANGELIC GATES ​OF TIME
THE 7 TESTS OF PRAYERS IN HEAVEN
7 FOLD ATTACKS AGAINST WITCHCRAFT
MYSTERIES OF THE ANGELS
RECORDED MIRACLES  IN THE OLD ​AND NEW TESTAMENT
DECLARING WAR AGAINST ​THE SATANIC
DESTROYING SPIRIT WIVES AND HUSBAND
HOW TO KNOW IF YOUR HOME IS CURSED
EVIL ALTARS, COVENANTS & GATES
DIFFERENCE BETWEEN BREAKTHROUGH AND DELIVERANCE
REVOLTING AGAINST EVIL FORCES IN YOUR LIFE
SHADOW OF DEATH AND THE SPIRIT OF INFIRMITY
WHY THE NAME OF JESUS SOMETIMES ​ DON’T WORK?
Post Views: 218